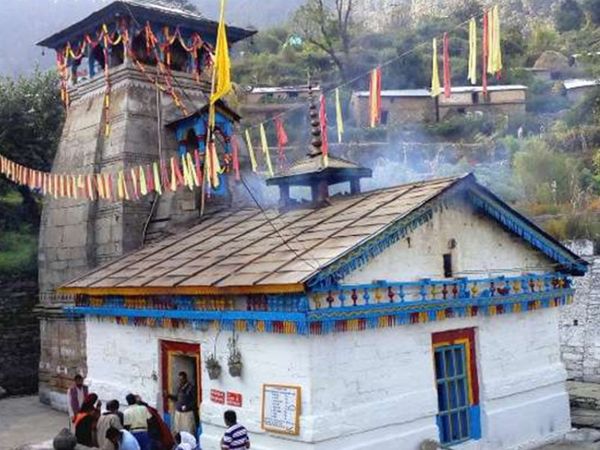 Today is Maha Shivaratri. This festival is celebrated as the marriage festival of Shiva and Parvati. It is believed that Lord Vishnu got married to Shiva-Parvati in the Triyugi Narayana temple near Rudraprayag in Uttarakhand in ancient times. This temple is now becoming a special wedding destination. Many people reach here to get married.

The special feature of this temple of Triyugi Narayan in Rudraprayag district of Uttarakhand is that there is a temple of Lord Vishnu and Lakshmi here. This place is more popular as a Shiva-Parvati wedding venue. There is an unbroken dhuni in the temple. In relation to this tune, it is said that this is the same fire, which Shiva-Parvati took. Even today the fire of his horses is awakened as dhuni.

Why is the temple called Triyugi Narayan Temple

Regarding the unbroken dhuni located in this temple, it is believed that it has been burning unbroken since three ages. For this reason, it is called the Triyugi Temple. This is mainly the temple of Narayana i.e. Lord Vishnu and Lakshmi, but Shiva-Parvati was married here, due to this, devotees of Shiva and Vishnu reach the temple for darshan.

Short story of marriage of Shiva-Parvati

According to Pt. Manish Sharma, Jyotishacharya of Ujjain, in the Treta Yuga, Goddess Sati sacrificed her life in the Yagna Kund of her father Prajapati’s Daksha. After this, Devi was born as Parvati. Parvati pleased Lord Shiva by performing rigorous penance and asked for a boon to marry. Then Lord Vishnu got Parvati and Shivji married at this place. The form of this temple is similar to the temple of Kedarnath Dham.

Here are the ancient pools

Brahma played the role of a priest in the marriage of Shiva Parvati. Before joining the marriage, Brahmaji took a bath in a pool, which is called Brahmakund. Here Lord Vishnu played the role of Parvati’s brother. There is also a pool of Vishnu’s name. Another Kund is named Rudra Kund. Other Gods and Goddesses who got married here had a bath. Devotees coming to the temple here offer wood in the offering. On the way to the temple, unbroken ashes from the temple are taken home as offerings.

How to reach this temple

Various means can be easily found to reach Rudraprayag from all over the country. One has to reach Sonprayag from Rudraprayag. From Agasthyamuni comes Sonprayag of Guptkashi again. The Triyugi Narayan Temple is easily accessible from here.