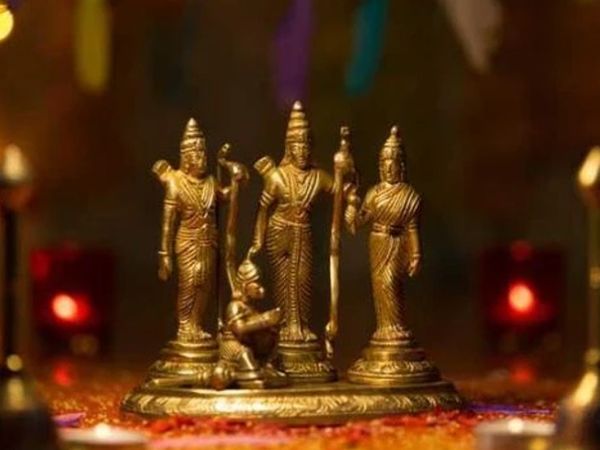 Rama Navami is on Wednesday, April 21. In the Treta Yuga, on the Navami date of Shukla Paksha of Chaitra month, Shri Ram was born here in Kaushalya and Dasharatha. Shriram loved selflessly with his three brothers Bharata, Lakshmana and Shatrughna. The three brothers also had deep faith in Shri Ram.

When Sriram, Lakshmana and Sita left Ayodhya and left for exile, Bharata and Shatrughna were not present there. After some time, when Bharat and Shatrughan reached Ayodhya, they came to know about the whole incident. By that time King Dasharatha had passed away.

Bharat became very angry with his mother Kaikeyi on hearing these things. Bharata refused to accept the Rajpath and decided that he would bring Rama back to Ayodhya. Bharat immediately set out from Ayodhya to find Shriram, along with Kaushalya, Kaikeyi and Sumitra. At the same time, all the ministers, people of Ayodhya also went with Bharata to call back Shri Ram.

Bharata-Shatrughna informed that the father king has passed away. Shriram became sad after hearing this news. Bharat said that you should go to Ayodhya immediately and handle the Rajpath. I am your younger brother like your son, please accept my request and protect me by washing all the stigma on me.

Shri Ram told Bharat that I have promised my father that I will come back to Ayodhya only after completing 14 years of exile. Till then you follow Ayodhya. Bharat then returned to Ayodhya with Ram’s footsteps on his head. He built a hut outside of Ayodhya and placed the footstool of Shri Ram on the throne and ran a royal government like a servant.

Learning – This episode of Shriram and Bharat tells us that there should be mutual love between the brothers. When brothers sacrifice themselves for each other’s happiness, love always remains in this relationship.