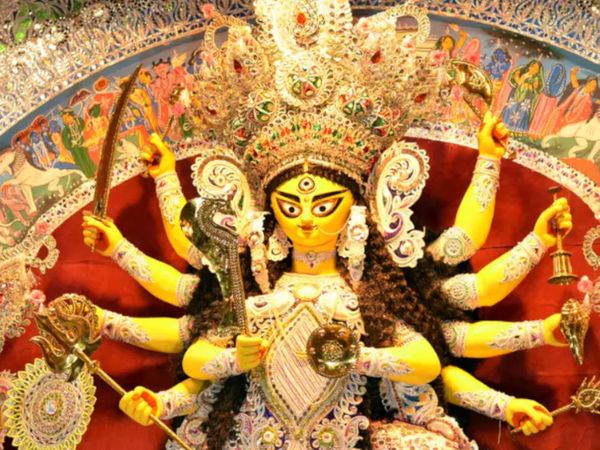 The fourth month of 2021 has started in April. The new year of Hindi almanac will begin in this month. Right now the Chaitra month of Hindi Panchang is going on. Know the special dates and festivals of April …

Sheetla Saptami – On Sunday, April 4, Sheetla is Saptami. It is followed by Shitala Ashtami on Monday. It is a tradition to serve cold food on these dates. Shitala Mata is worshiped on these dates.

Paapmochani Ekadashi – Ekadashi of Krishna Paksha of Chaitra month is on Wednesday, 7 April. This is called Papamochani Ekadashi. On this day, fast for Lord Vishnu and do the abhishekam of Bal Gopal with saffron mixed milk.

Amavasya of Chaitra month – Sunday, April 11 is the new moon day of Chaitra. This time due to the distinction of almanac, Monday, April 12 will also be the Amavasya Tithi. On this day, pay special sun-meditation for fathers. On this date, there is a tradition of bathing in holy rivers and performing charity.

Chaitra Navratri – Chaitra Navaratri begins on Tuesday, April 13. A Ghata establishment will be done on this day and Gudi Padwa will also be celebrated. Vikram Samvat 2078 will start from this day.

Gangaur Teej – Gangaur Teej is on Thursday, 15 April. Goddess Parvati should be worshiped on this day. It is believed that with this worship, happiness and peace prevails in the married life.

Shriram Navami – Sriram Navami is on Wednesday, 21 April. On this day Chaitra Navratri will end and the birth anniversary of Shri Ram is also celebrated. Especially worship Goddess Durga and Shri Ram.

Kamada Ekadashi – Friday, 23 April is the Ekadashi of the Shukla Paksha of Chaitra month. This is called Kamada Ekadashi. A fast is observed for Lord Vishnu on this day.

Mahavir Jayanti – Mahavir Jayanti is on Sunday, 25 April. This is an important festival of Jainism. On this day, special worship of Mahavir Swami should be done.