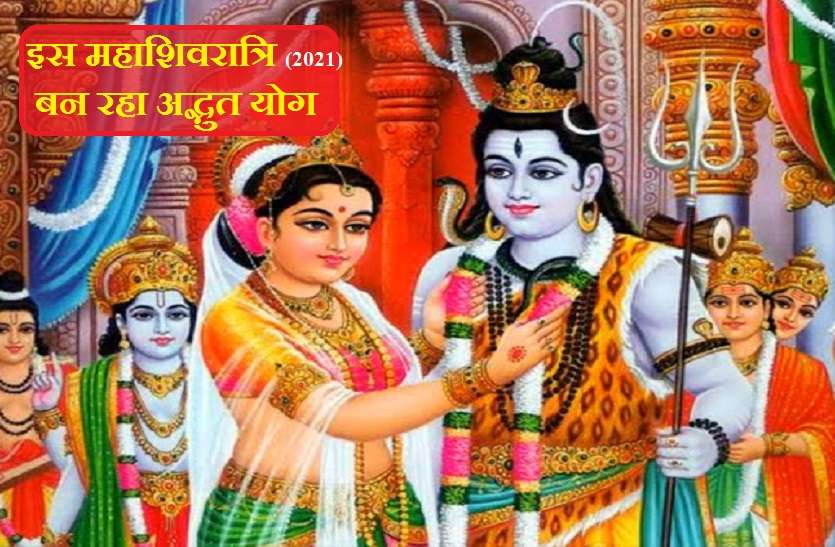 The festival of Mahashivaratri is considered very special in Sanatan Dharma, it is a special day of worship of Shiva and Goddess Parvati. According to the belief, people who worship Bholenath with true heart on this day, they get a true life partner and every wish is fulfilled.

Shivaratri is a great festival of union of Shiva and Shakti, according to the North Indian almanac, Mahashivaratri is organized on the Chaturdashi of the Krishna Paksha of Phalgun month. In this way, the holy festival of Mahashivaratri this year is coming on 11 March, Thursday. On this day, the great welfare ‘Shiva Yoga’ will also be learning for 09 minutes in the morning. After this ‘Siddha Yoga’ will begin.

In astrology, ‘Siddha Yoga’ is considered very auspicious and all the work done during this yoga is successful. Worshiping Lord Shiva during these Yogas definitely results in fruits and also provides the desired thing. Rudrabhishek during these yogas, Kirtan named Shiva, recitation of Shiv Puran and chanting of mantras of Shiv ji gives good results. Not only this, it is considered to be very inauspicious during this time to do charity and visit Jyotirlingas.

: Keep fasting on girls
Mahashivaratri day is considered auspicious for Kuwarni girls, and fasting on this day gives a true life partner. Kuvnari girl should go to the temple in the morning and offer water on the Shivling and worship Gauri Maa. It is believed that by doing this, marriage will take place within a year and you will get a real life partner.

Shivaratri fasting rituals
1. Fill water or milk in an earthen pot, put bell pepper, mud-flower flowers, rice etc. on top and offer it to ‘Shivling’. If there is no Shiva temple nearby, then they should be worshiped by making a Shivling of clay at home.

2. The recitation of Shiva Purana and Mahamrityunjaya Mantra or Panchakaksha Mantra of Shiva ‘Om Namah Shivaya’ should be chanted on this day. Also, there is a law for night awakening on Mahashivaratri.

3. According to the classical law, it is best to worship Shivaratri in ‘Nishith Kaal’. However, the devotees can worship it from the four guards of the night as per their convenience.

: Neo Planet Dosha be calm
People who have Navagraha Dosha in their horoscope. That defect also calms down. Life is filled with troubles and mental disturbance persists when the Navagraha is defected. In such a situation, those who suffer from this defect should do Rudrabhishek on the day of Mahashivaratri.

: Increases husband’s age
Worshiping Shiva on this day also eliminates the legal defects of married women and increases the lifespan of the husband. Suhagin women worship Maa Parvati with Shiva on this day. After that make up the mother. Gave all the make-up items to the mother. After that take bath of Bhole Nath with panchamrit, milk, curd, ghee, honey and sugar.

Then write Ram-Ram from Ashtagandha, Kumkum, or Chandan on the bell-sheet and offer it on the Shiva lingam by saying ‘Namasashvaya karanam mahakal kalam kripalan’ namah shivaya ‘. Apart from this, you can also offer hemp, dhatur and mandar flower and Ganga water on Shivling.

: Must offer the bellpaper
If there is any desire which is not fulfilling, then you keep fast of Shiva on this day and also offer Belapat with them. By doing this, Bhole Nath will fulfill your every wish and you will get what you want.

Saturn: keep calm
Those people whose Saturn is heavy in the horoscope, they should offer Shamipatra to them while worshiping Shiva on this day. Saturn keeps calm by offering shamipatra. At the same time, there is no harm due to illiterate, Marrakesh and inauspicious planets.

: Worship Lord Shiva in this way
On the day of Shivratri, go to the temple and first offer water to the Shivling. After that offer milk, curd, ghee, honey and sugar to Shiva. Then clean the Shivling with clean water. Now offer milk on the Shivling and add water again.
Apply sandalwood tilak on the Shivling and offer them fruits, flowers and shamipatra. In front of the Shiva linga, light a lamp of ghee and chant the mantra of Shiva.
If you keep a fast on this day, then take a pledge to keep the fast in your mind. Only consume fruits and milk throughout the day.

3. Except for these two situations stated, in every other situation, fast is observed on the next day.