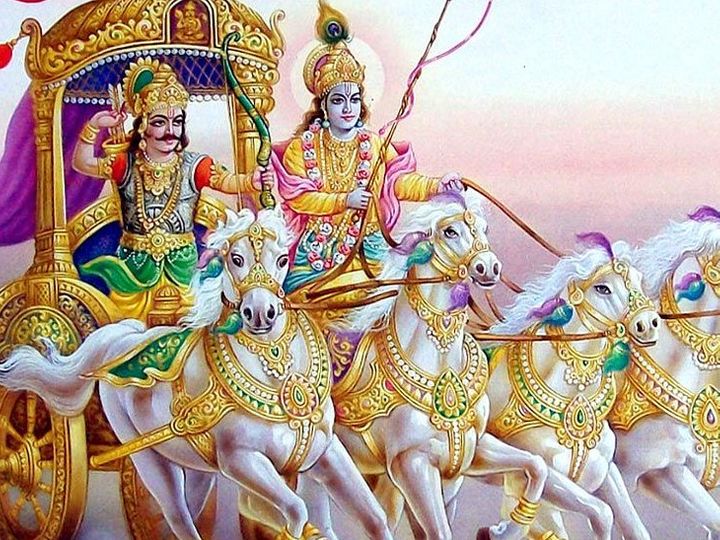 It is Geeta Jayanti on Friday, 25 December. In Dwapara Yuga, on the Ekadashi of Shukla Paksha of Margashirsha month, Shri Krishna preached the Gita to Arjuna. That is why Geeta Jayanti is celebrated on this date. This date is also called Mokshada Ekadashi. In the Srimad Bhagavad Gita, Shri Krishna preached to overcome Arjuna’s fascination and explained the importance of actions.

On the very first day of the war, Arjun placed a bow and arrow.

On the first day of the Mahabharata war, the Kaurava and Pandava forces were face to face. At that time Arjuna saw Bhishma Pitamah, Dronacharya, Kripacharya and the people of his family on the Kaurava side, had bow and arrow and refused to fight. Arjuna did not want to go to war with his family members and was thinking of leaving everything and taking sannyas. At that time Shri Krishna gave divine knowledge to Arjuna about religion and karma.

In the first verse of the sixth chapter of the Srimad Bhagavad Gita, Shri Krishna says that-

In the first chapter of Srimad Bhagavad Gita, Arjuna was thinking that it is best to leave the battle ground and take sannyas. At that time, Arjun did not know that the person who performs a selfless act is called a saint. Then Sri Krishna told Arjuna about the Karmayogi and the Sannyasi.

meaning – Shri Krishna explains to Arjuna that happiness and sorrow and humiliation do not affect a person who controls himself. Only such people get the grace of God. To control oneself means to stay away from evils like anger, greed, attachment, ego. It should be the goal of a person not to run away from duty and to act according to religion.