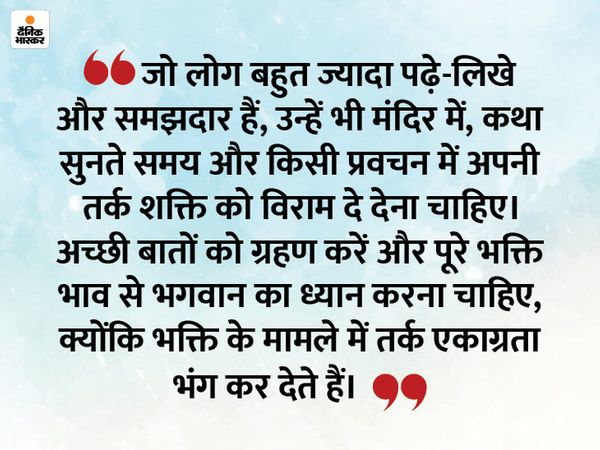 One day Shivaji wished to listen to Ram Katha. He said to Goddess Sati, ‘You too, go with me, I am going to the ashram of Agastya Rishi to listen to the Ramkatha.’ Sati was the daughter of Daksha Prajapati. Sati was also very scholar like Daksha. Devi used to do everything on the basis of logic, she did not like to listen to the story, but when the husband had given a wish, she also agreed to leave.

When both the husband and wife sat in the story, Shivji was listening to the story very carefully, but Sati’s attention was wandering here and there. After the story was completed, both of them were returning, and the story of Ram, which they were listening to, Ram’s leela was going on. Sita was kidnapped, Rama was crying. Seeing Ram, Shivji said to Sati, ‘See, we are coming to hear the story of whom we are coming. The story should be heard in this manner. ‘

Sati said, ‘How can this Ram be God? They are crying. Devi debated this matter with Shiva and went to take the examination of Shriram.

Sati took the form of Goddess Sita and she reached in front of Shri Ram. When Shri Ram saw her, he recognized that this goddess was Sati. In this way Sati herself failed the exam.

Sati reached Shivji after returning from there. Sati said to Shivji, ‘I have not taken any examination of Shriram. I have returned without taking the exam.

Shivji was familiar with the habits of Sati Devi. He meditated and knew how Sati Devi had taken the test of Shri Ram. After this, Shivji said, ‘You disguised Sita Mata, so I sacrifice you.’

It was only after this incident that Shivji and Sati’s marriage was destroyed.

Lesson: Husband and wife should trust each other’s words. There are some things that should be done only with mutual consent. Especially when doing any religious work, both of them should have consent in it. Those who are highly educated and intelligent should also stop their reasoning power in the temple, while listening to the story and in the discourse. Take whatever good things you get from these places, and do not give importance to logic while doing devotion. The scholar is also Shiva, but he knew that in satsang, one should excel like a normal person. We cannot accept the good things of others by making ourselves superior.