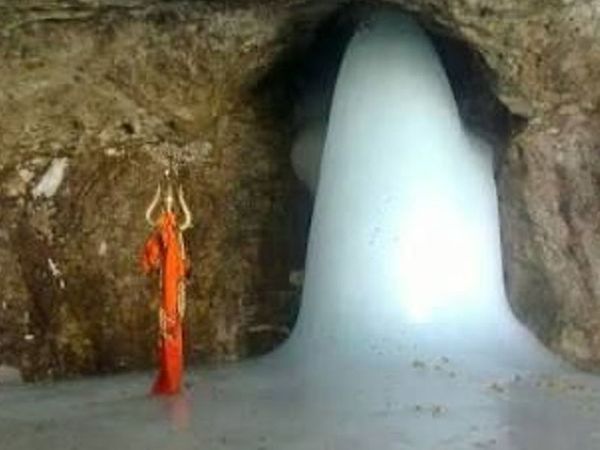 The history of the cave is thousands of years old

The history of Amarnath Cave is believed to be thousands of years old. Shivalinga, 10-12 feet high is made here every year by dripping drops of snow. The height of the Amarnath Shivalinga varies with the increase and decrease of the Moon. On the full moon, the Shivling is in its full size, while on Amavasya, the size of the Shivling becomes somewhat smaller.

This is how Baba Amarnath’s cave

Amarnath cave is located about 145 km from Srinagar. This cave is about 150 feet high and about 90 feet long. This cave is at an altitude of about 4000 meters. Shivalinga in the cave is made completely naturally for a certain period of time. Here icebergs of Sriganesh, Parvati and Bhairava are also formed.

Religious beliefs associated with the cave

How to reach Amarnath

There are two routes to go on the Baba Amarnath Yatra. One is from Pahalgam and the other is from Sonamarg Baltal. Pahalgam or Baltal has to be reached before any area of ​​the country. After this the journey is on foot. The journey from Pahalgam to Amarnath is considered convenient. Its distance is 48 km. The distance from Baltal to the Amarnath cave is 14 kilometers, but this route is full of difficulties. For this reason most travelers go to Amarnath via Pahalgam.