The only temple of Lord Shiva …

The country has many unique temples associated with Lord Shiva like this. Some of which where miracles happen from time to time, there are many where miracles continue continuously.

While today is a Monday, on the 11th of this month i.e. March 2021, where there is Mahashivratri festival. In such a situation, today we are telling you about the only temple of Lord Shiva, where it is believed that Shiva and Maa Parvati meet here.

Actually, Himachal Pradesh has many ancient and important religious places. Of these, Kangra district has a very unique Shivling. The Shiva temple is a special significance of Kathgarh at a distance of six kilometers from the Indora subdivision headquarters of district Kangra.

Apart from the state, devotees from Punjab and Haryana also visit this temple on Shivaratri. The Kathgarh Mahadev Temple has been established according to the rules of astrology. 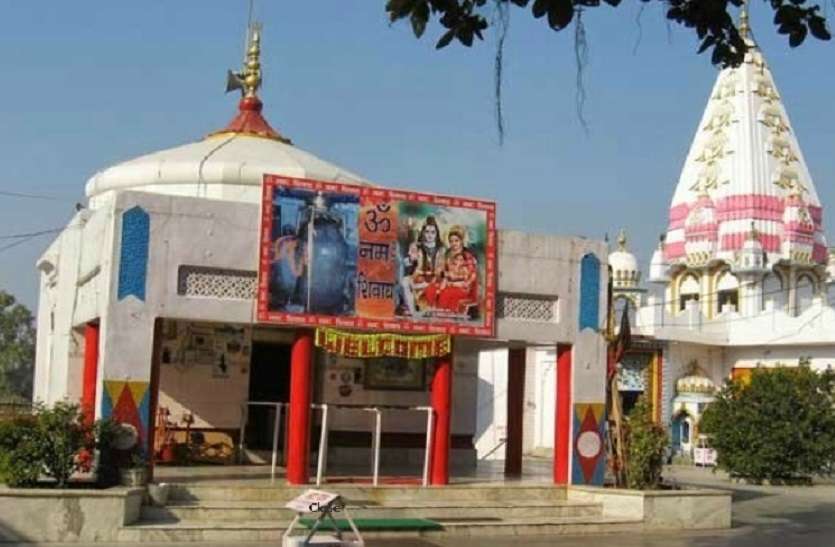 According to Shiva Purana …
According to the legend mentioned in the Shiva Purana, there was a war between Brahma and Vishnu over the nobility. Lord Shiva was watching this war. To calm the war of both, Lord Shiva appeared as a pillar like Mahagni. This Mahagni-like pillar is considered to be the Shivalinga of Mahadev situated in Kathgarh. It is also known as Ardhanarishwara Shivling.

Ardhanarishwar is the form of Shivling
It is said that the difference of the Shivalinga divided into two parts present here varies according to the planets and constellations and both parts of the Shivalinga are found on Shivaratri.

The Shivling here is dark brown. More than seven feet tall, six feet three inches in circumference, in the form of a brown sandy stone, it sits on the mound near the confluence of the Shivling Beas and Chhonch Khad.

Special fair on shivratri
A three-day fair is held here every year on the festival of Shivaratri. Many devotees come here to see the confluence of the semi-Narishwar form of Shiva and Shakti. Apart from this, a crowd of devotees can be seen here in the month of Sawan.

Before the year 1986, only the Shivratri Festival was celebrated here. Now Ramnavami, Krishna Janmashtami, Shravan month festival, Sharad Navaratri and other ceremonies are celebrated with Shivaratri.

There is a meeting on Shivratri …
This Shivling is divided into two parts. The smaller part is considered as Maa Parvati and the higher part is considered as Lord Shiva. According to belief, the middle part of this Ardhanarishvara of Maa Parvati and Lord Shiva keeps on fluctuating according to the constellations and the two meet on Shivaratri. The height of Shivling worshiped in Shiva form is about 7-8 feet and the height of Shivling worshiped as Parvati is about 5-6 feet.

Construction of temple
According to historical beliefs, the construction of the Kathgarh Mahadev Temple was first built by Sikandar. Impressed by this Shivling, Alexander built the temple here by leveling the land here to build a temple on the mound.