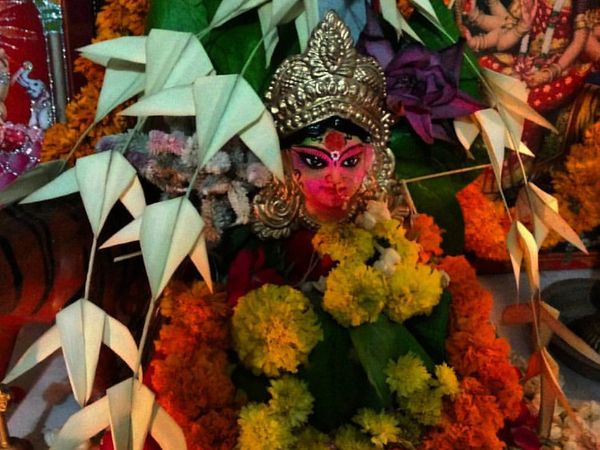 There will be Navratri of Chaitra month from Tuesday, April 13 to Wednesday, April 21. This time, devotion to the Mother Goddess can be done for the entire nine days. Matsya Avatar and Shriram Navami festival will also be celebrated on these days. In Chaitra Navratri, nine forms of mother should be specially worshiped by Shailputri, Brahmacharini, Chandraghanta, Kushmanda, Skandamata, Katyayani, Kalratri, Mahagauri and mother Siddhidatri.

According to Pt. Manish Sharma, Jyotishacharya of Ujjain, Hindu New Year begins from the first day of Chaitra Navratri. This time, the newcomer 2078 will begin. In the old times, on this date, Brahmaji created the universe. Matsya avatar on Tritiya of Shukla Paksha of Chaitra month and Shri Ram incarnation took place on Navami Tithi.

This time the zodiac sign of Sun, Mars and Mercury will change in Navratri. The Sun will change the zodiac on the morning of 14th and Mars on the 13th. The Sun will move from Pisces to Aries and Mars from Taurus to Gemini. Mercury planet will enter Aries on 16th. This time Navaratri is beginning in Sarvartha Siddhi Yoga. Worship in this yoga is quickly successful, it is believed.

Kharmas will end after the Sun changes its zodiac sign. When the Sun is in Sagittarius or Pisces sign owned by the planet Guru, then that time is called Kharmas. Manglik works such as marriage, shaving, entering a new house are forbidden in Kharmas.

Offer these things to goddess mother

During Navratri, the mother goddess should offer special items such as red chunri, bangles, kumkum, mehndi etc. Offer red flowers as well. Offer coconut. Offer sweets and seasonal fruits. Chant the mantras of the Mother Goddess. Light incense and perform aarti in front of Mother. For the education of small girls and for food, do charity according to your power.