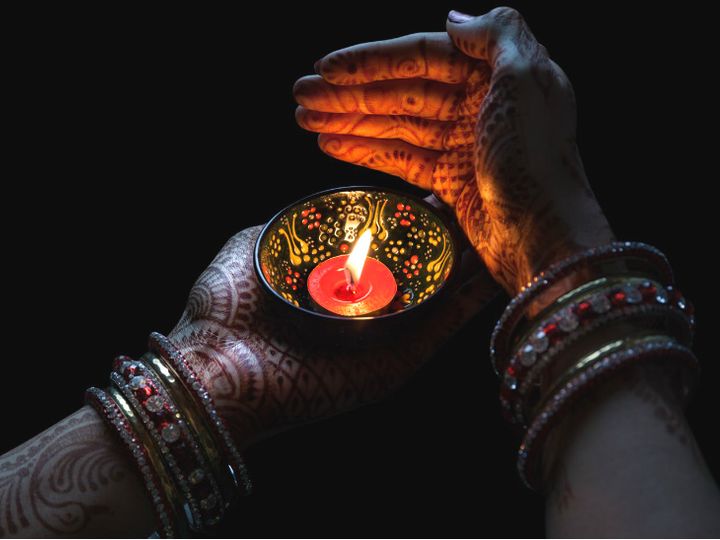 Deepawali is special in every religion and society. There are different beliefs and traditions associated with this festival. On Diwali there is a law to do Lakshmi Puja and lamp lighting, but Telugu, Malayali, Sikh, Jain, Buddhist, Bengali and Sindhi societies celebrate Deepotsav with traditional religious customs. In which the stories of their adorable gods and gurus are connected.

Sikh society: Donor celebrates the festival of Diwali as a drop off day
Sikh society is observed captive day on Diwali. The Mughal emperor Jahangir is said to have imprisoned the 6th Guru of the Sikhs, Hargovind Saheb, in the fort of Gwalior. When he was released, it was the night of Amavasya in Kartik month, since then Diwali is celebrated as the Day of Giver Leave.

Buddhist Society: Buddha returned to penance on this day
According to the Buddhist experts, Gautama Buddha returned to penance on Deepavali, so Buddha burns the lamp after worship. Lakshmi Puja is also performed in many homes. It is said that Nirvana of his beloved companion Arhant Mughalayan was also performed on this day. This festival is also celebrated in his memory.

Telugu society: burn effigies of Narakasura by burning them
In Telangana and Andhra Pradesh, people celebrate Deepawali a day before on the hell day. On this day Lord Krishna killed the demon Narakasura. So on this day, lamps are lit in houses after symbolically making effigies of Narakasura with paper or bamboo. Pooja and decoration are also done in the houses.

Bengali Society: Worship of Mother Kali and Bhajan overnight
In Bengali society people worship Maa Kali on Deepawali. Bhajans are also performed on this night. Lakshmi Puja is done only on Sharad Purnima. Deep lamps are lit in houses and temples on the night of Diwali.

Sindhi society: lamps are lit after Ganesh and Lakshmi worship
Sindhi society has the same connection with Deepawali as it is of Sanatan Dharma. On this festival, the tradition of lighting lamps on the banks of Sindh river and worshiping Ganesh and Lakshmi in homes are decorated with lamps at the dehri-gates. On this day, people of the society light lamps on the banks of rivers, ponds and lakes.

Jain Society: Salvation Nirvana Day of Lord Mahavira
The saints of Jainism state that the salvation of the 24th Tirthankara Lord Mahavira took place on Nirvana Kartik Amavasya. On Deepawali, lamps of Lord Mahavir are worshiped. They are burned and fireworks are performed.