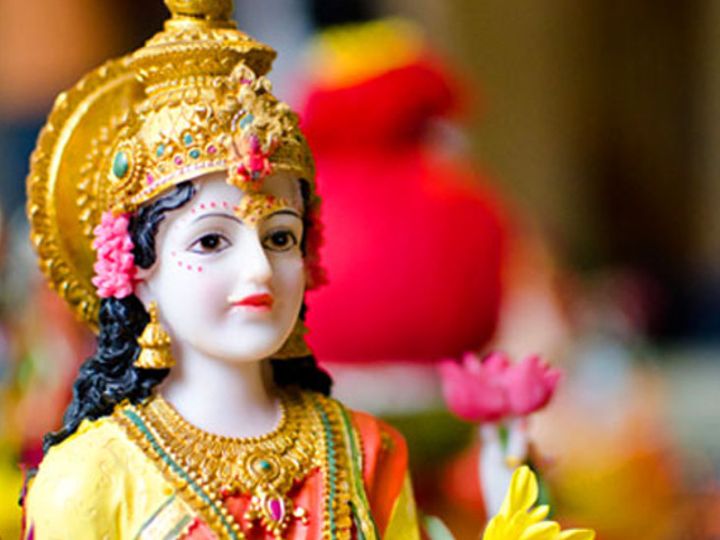 Lakshmi will be worshiped on Saturday, November 14 night. Many such traditions related to the worship of Lakshmiji are essentially followed by all people. As a new photo of the goddess is kept in worship, Kheel-Batashe, sugarcane and water chestnuts are offered, lotus flowers are offered to the goddess. The sources of life management are also hidden in all these traditions. If these formulas are removed in your personality, then happiness and peace and prosperity can be found in life.

Which picture of Lakshmi should be kept in the house, sitting or standing?

Why do you eat Kheel-Betashe on Deepawali?

Kheel-Batashe are offered exclusively to the Goddess on Deepawali. Kheel is a form of rice. It is made from rice and is also a major grain of North India. Its crop is prepared before Deepawali, due to which Lakshmi is offered as bhechal as sweet and sweet as the first part of the crop.

What things should be offered to Goddess with sugarcane and water chestnut?

Why worship Ganpati and Saraswati with Lakshmiji?

In this photo Lakshmiji is sitting near the feet of Lord Vishnu, what is his significance?

A picture of Mahalakshmi and Lord Vishnu is quite prevalent, with the Goddess sitting near the feet of the Lord. Many sources of life management are hidden in this photo. Actually, Vishnuji is the symbol of karma and purushartha. When iniquity grows, they incarnate to establish religion. God is Nirmohi, he has no attachment to anything. The message of the incarnations of Vishnu is that no matter what the circumstances, we should not leave the path of religion and should not be fascinated with money.

According to religion, Lakshmi resides in the house of the people who do the work. Lakshmi i.e. wealth does not stay here with people sitting on their luck without doing deeds. There is also a message in this photo that money should not be allowed to dominate your head. If the mind dominates, then the person becomes egoistic. Take care not to be fascinated with money. Money keeps on coming.

Why does the lotus flower remain in Lakshmi’s hand and why does it remain on the lotus?

Goddess Lakshmi rests on the lotus seat and the goddess holds a lotus flower in her hands. Important life management formula related to wealth is hidden in this too. There are all kinds of people around us, good and bad. We are connected to everyone, but we should not give up our good qualities and adopt their bad qualities even while living with bad people. You can understand this with a lotus flower.

The lotus flower blooms in the mud, but the flower is not affected by dirt. The lotus flower near Lakshmi gives us the message that those who do not give up the good in bad conditions, they get the blessings of Lakshmi. When we have money, we should still remain like a lotus flower. People get misled when money comes, they go on the path of evils. Due to which he and his family are destroyed. That is why Lakshmi stays with the people who survive evils even when the money comes.