Lord Krishna (lord Shri Krishna) had explained to Arjuna that …

Ekadashi date of Krishna Paksha of Chaitra month is celebrated as Sarvapamochani Ekadashi. Out of 24 Ekadashi of the year in the scriptures, Ekadashi of Krishna Paksha of Chaitra month has been described as very important. In this case, ie, Papmochani Ekadashi 2021 in 2021 is on 07 April 2021, Wednesday. In this fast, the quadrilateral form of Lord Vishnu is worshiped.

It is believed that by observing this fast, all kinds of known and unknown sins are destroyed, Lord Krishna himself explained about this fast and explained to Arjuna that keeping this fast gives freedom from all sins and That person attains salvation.

According to the belief, along with fasting on this day, whatever desire is desired, that desire is fulfilled. Apart from this, Mahapas like Brahma Khata are also overcome by this fast. Also, just by reading or listening to the story of fasting, one attains a virtue equal to 1000 Gaudan. 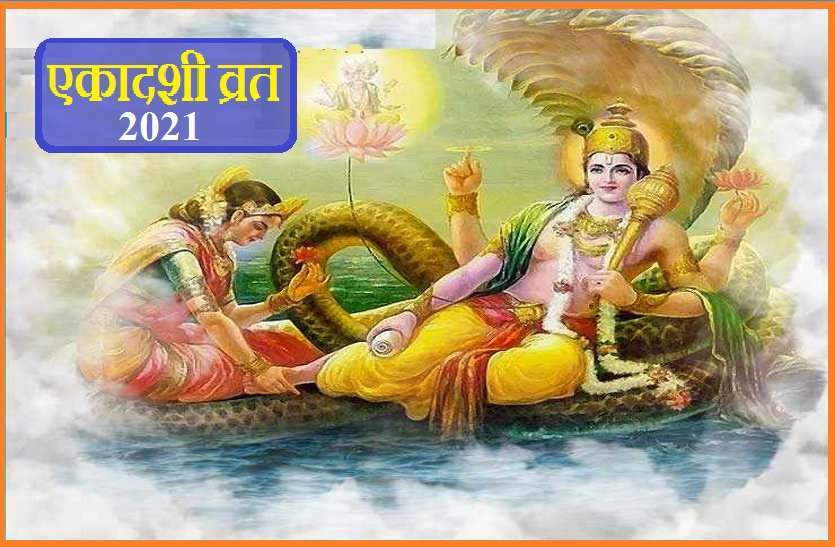 According to experts, Papmochani Ekadashi means Ekadashi which destroys sin. On this day, Lord Vishnu should be worshiped by law. Also, one should avoid condemning and lying. By observing this fast, one gets rid of the guilt of many sins including bravery, gold theft, drinking, non-violence and feticide.

He cursed Manjughosha to become a vampire. After this, the nymph fell into the sage’s feet and asked for a remedy for the curse. Upon Manjugosha’s repeated pleas, the meritorious sage told him to get rid of the curse by observing that fasting of Papmochani Ekadashi will destroy all your sins and you will regain your former form.

Telling Apsara the path of salvation, the meritorious sage reached his father’s Maharishi Chyavan. Hearing the curse, Chyavan Rishi said- “O son, you did not do well, by doing this you have also earned sin, so do you also fast for Papmochani Ekadashi”. ) By fasting, Apsara Manjugosha was freed from the curse and the meritorious sage also got rid of all sins.

Papmochani Ekadashi Vrat Vidhan: The law of this fast …
On the day of Ekadashi, after bathing in Brahma Muhurta, after bathing and wearing clean clothes, take a vow to Lord Vishnu.
: Sit on the yellow Kusha posture at the place of worship and light a lamp of ghee and pray to Lord Vishnu. Do the story, you can also do havan.
: Offer lord, lamp, sandalwood, Rituffal and Naivadya with lord Vishnu Ji’s quadrilateral form, including Shodashopchar Puja Vidhan.
: After worship, chant the mantra (ॐ Namo Bhagavate Vasudevaya Namah ..) at least 108, 501 or 1100 times.
: On this day, neither condemn anyone nor lie, do not hurt anyone’s heart.
: On this day, do not consume substances made from salt and sugar at all. If possible, both times remain unstoppable, you can drink lemon mixed in plain water.
: Open the fast the next day only after Parana in Dwadashi date.
: Fasting is given by opening a fast by giving alms and donations to a Brahmin before taking food on his own.