The 4th of September, Hemkund Sahib Gurudwara, one of the holy pilgrimage sites of the Sikhs, has been opened for devotees from September. Due to this the Hemkund Sahib Gurdwara area, the holy Sikh shrine of Sikhs located in Chamoli district of Uttarakhand, resonated with the cheers of Joe Nihal… which spoke at 10 am.

In such a situation, this year’s Hemkund Yatra has started with the first batch. Hemkund Sahib doors are opened after three months due to Corona virus. This time Hemkund Sahib can only be seen for one month and six days.

According to the information coming in front, the pilgrims have to follow certain rules in view of Corona. In this connection, the Chief Manager Sardar Sewa Singh has requested the pilgrims arriving for Hemkund Yatra to follow the rules of Kovid. He said that under the administration guidelines, very few devotees will be able to visit Hemkund initially. After this, the number of devotees will be increased gradually, currently more than 200 passengers will not be allowed to go to Hemkund.

MUST READ : Sri Hemkund Sahib, the main pilgrimage of Sikhs – know why it is amazing 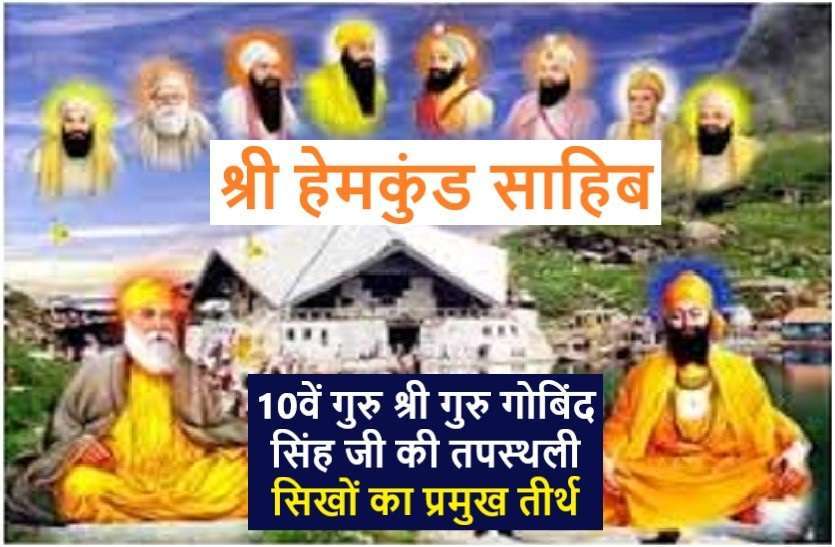 Earlier on Thursday, September 3, at Govindghat Gurdwara after Sukhmani recitation, Ardas, Shabad Kirtan, the first batch of 105 devotees left for Hemkund Sahib with the cheers of Soo Nihal… Happened.

This group of devotees reached Ghangharia for a night’s rest in the evening. It may be noted that due to the corona infection, the number of pilgrims at Govindghat, the gateway to Hemkund Sahib, has been limited.

– Less than 10 years, people above 60 years and pregnant women have been advised not to take this trip.

– People suffering from fatal diseases have also been advised not to come to the gurudwara.

– All pilgrims must wear a face mask-cover.

– The devotees will have to wash their hands and feet with soap inside the gurdwara premises.

– All devotees must maintain a physical distance of 6 feet.

– The mask-face cover used must be correctly inserted into the dustbin.

– Spitting will be strictly prohibited.

– Devotees will not touch any surface or thing in the Gurdwara premises.

Snow stays frozen for 6 months…
Actually, this sacred place of Sikhs, Hemkund Sahib is located in Chamoli district of Uttarakhand. Its height is 15200 feet. Here the snow remains frozen for 6 months. This time too, there is plenty of snow, only the Gurudwara Shri Hemkund Sahib Management Trust looks after all the arrangements of the Gurudwara here. The journey involves a 20-kilometer general climb and plane route to be set on foot or on horses.

After that the grueling 6 km route from Gurdwara Gobind Dham to Gurdwara Sri Hemkund Sahib passes through the mountains. Due to snow on the mountains, horses get up to three kilometers, but the climbing partner has to decide himself further. While climbing the mountains, one gets tired and completely refreshed after bathing in the lake of the Sangat holy place.