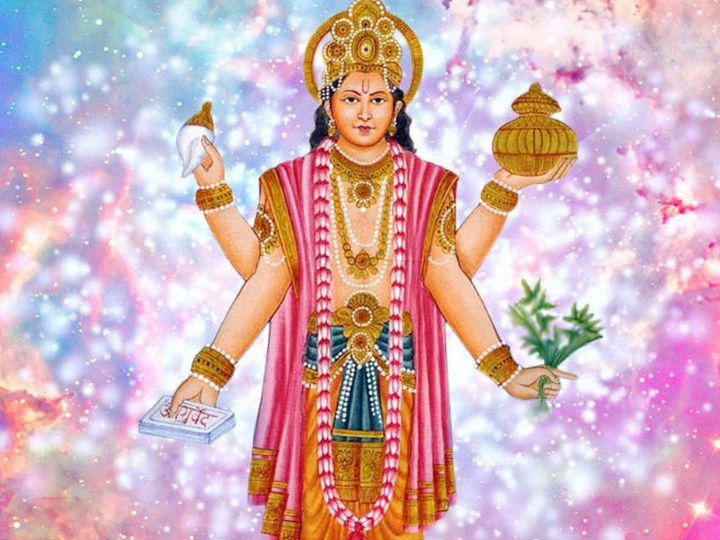 Today, the five-day Deepotsav festival has started from November 12. According to mythological beliefs, Sharad Purnima was born from the moon, Kartik Dwadashi to Kamadhenu cow, Trayodashi to Dhanvantari, Chaturdashi to mother Kali and Amavasya to Lakshmi Mata Samudra. Dhanteras is celebrated on the appearance of Dhanvantari on Kartik Krishna Trayodashi. It is said that at the time of churning the ocean, Dhanvantari gave nectar to the world.

Introduced to Ayurveda
Lord Dhanvantari is the incarnation of the Vaidya Ashwini Kumar of the gods. Dhanvantari had nectar kalash, medicine, conch and chakra in his four hands at the time of the act. He introduced Ayurveda as soon as it appeared. In relation to Ayurveda, it is said that Brahma first created Ayurveda with one hundred thousand verses, which Ashwini Kumar learned and taught to Indra. Indra manipulated Dhanvantari with this.

Get health benefits
Worshiping Lord Dhanvantari on the day of Dhanteras not only provides health benefits, but can also be rid of many diseases. If you worship God with your mind on this day, you can get the benefit of Ayurveda. It is said that the person whose immunity is reduced and the effect of medicine is not there, then duly worshiped of Dhanvantari can be benefited.

Tradition of buying utensils
In Dhanatrayodashi, the word Dhana is associated with both wealth and wealth and Dhanvantari. At the time of origin, the tradition of buying utensils on the occasion of his Prakashya day started due to the urn in the hands of Lord Dhanvantari. On this day, gold and silver jewelery are also bought by worshiping Kubera. People also bring their idols home on Dhanteras to worship Lakshmi-Ganesh on the night of Deepawali.