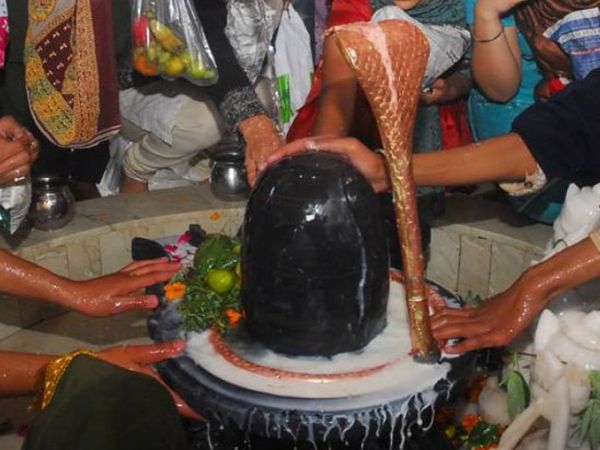 Today, Shiva’s Jalabhishek on Mahashivaratri has special significance. Jalabhishek means to bathe Shiva with water. Shivji also has a name Rudra, hence Jalabhishek is also called Rudrabhishek. A stream of water is offered on the Shivling with a copper pot. The story of churning of the sea is prevalent in relation to why you offer water to the Shivling.

Jyotishacharya Pt Manish Sharma of Ujjain said that such things are offered to Shivji which gives coolness. Such as water, milk, curd, ghee, honey. Shivaji holds Chandra on his head for coolness.

According to the story related to Samudra Manthan, in ancient times, when the gods and the demons together churned the sea, many gems came out. Before these gems, there was a terrible poison named Halahal. Due to this poison, the lives of all the creatures of the whole world were in danger. Then Shiva had drunk this poison, but he did not let this poison go down his throat. Due to this, the throat of Shiva became blue and he came to be called Neelkanth.

Due to drinking poison, there was a severe burning sensation in Shivji’s body, the heat started increasing. The tradition of offering cold water to Shiva has started for liberation from this heat. The things that cool Bholenath are especially climbed, so that the heat of the poison can be kept cool.