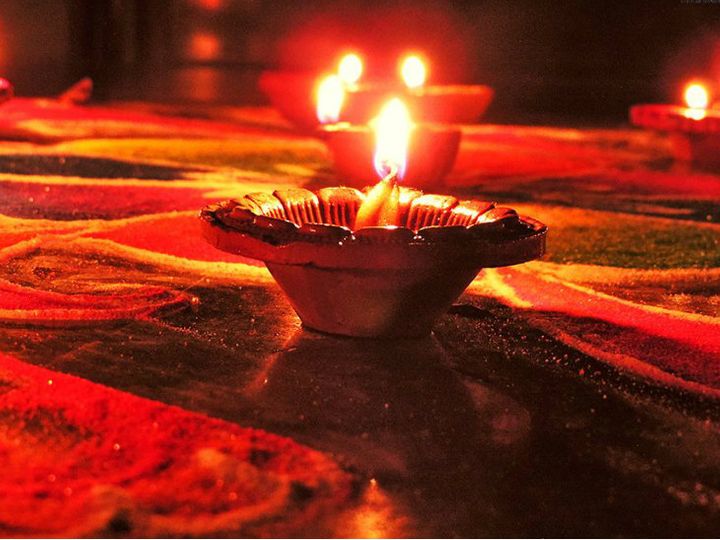 The festival of Roop Chaudas is celebrated just one day before Deepawali. It is also called Naraka Chaturdashi or Chhoti Diwali. It is believed that by worshiping Yamraj on this day, by lighting a lamp one can get rid of all kinds of troubles and sins. Before Diwali, Roop lit a lamp for Yama on the day of Chaudas. This festival is also associated with Narakasura and Rajabali. This time this festival will be celebrated on 13 November. According to the Puranas, one should wake up before sunrise on this day and apply boil, oil etc. and take bath.

Bath & Shower Medicine
On the day of Roop Chaturdashi, before sunrise, one should massage sesame or mustard oil on the body. A paste made from medicines should be applied. After this, two drops of water, Ganga water and Apamarg ie Chirchita leaves should be bathed. Then one should see Lord Vishnu and Shri Krishna. By doing this, the age increases, sins are eliminated and beauty also increases.

Slaughter of Narakasura
There is a story of Narakasura slaughter in Vishnu Purana. In Dwapara Yuga, Bhoomi Devi gave birth to a cruel son. His name was Narakasura due to being an asura. He became the king of Pragjyotishpur. He troubled the gods and humans a lot. Sixteen thousand nymphs were imprisoned by Narakasura. Then on the prayer of Indra, Lord Krishna attacked the city of tyrannical Narakasura.
In the war, he killed the demons of Mur, Hayagreeva and Panchajan etc., then Narakasura attacked him taking the form of an elephant. On the Chaturdashi date of Kartik month, Shri Krishna killed Narakasura. After this, the Apsaras and others were released from captivity. Therefore, this festival is also celebrated. Hence the name of this festival was hell fourteen.

Story of Vamana Avatar and Raja Bali
King Bali was mighty and great. Devraj Indra was afraid of him. He was afraid that he might take his kingdom. So he prayed to Lord Vishnu for his protection. Then Lord Vishnu took the Vamana form and asked for three feet of land from King Bali and sent him to Hades, making him the king of Hades.

Yamraj’s day of prayer
The Chaturdashi of Krishnapaksha of Kartik month is called Naraka Chaturdashi because on this day Yamraj is prayed to avoid premature death and good health. Yama, Dharmaraja, Death, Antak, Vansvat, Kaal, Sarvabhutakshya, Oudumbar, Dagdha, Neel, Parmeshthi, Vrokodar, Chitra and Chitragupta. By doing this, the life is long.