It is believed that Lord Ganesha has four heads and four arms in the form of Dwijapriya Ganapati. Worshiping this form of Lord Ganesha ends all the troubles of a person’s life. By the grace of Lord Ganesha, good health and happiness are attained.

Lord Ganesha is considered to be the first worshiper among all other Gods and Goddesses. He has the status of God of intellect, strength and conscience. Lord Ganesha takes away all the troubles and obstacles of his devotees, hence they are also called Vighnaharta and Sankatmochan. In Hindu religion, many fasting and fasting are done to please the Gods and Goddesses, but Sankashti Chaturthi fasting for Lord Ganesha is very popular.

It is believed that Lord Ganesha takes away all the troubles and obstacles of his devotees, hence they are also called Vighnaharta and Sankatmochan. In Hinduism, many fasting etc. are done to please the Gods and Goddesses, out of which Sankashti Chaturthi fast for Lord Ganesha is also very popular.

MUST READ : May Lord Ganesha be happy in this easy way, know its importance 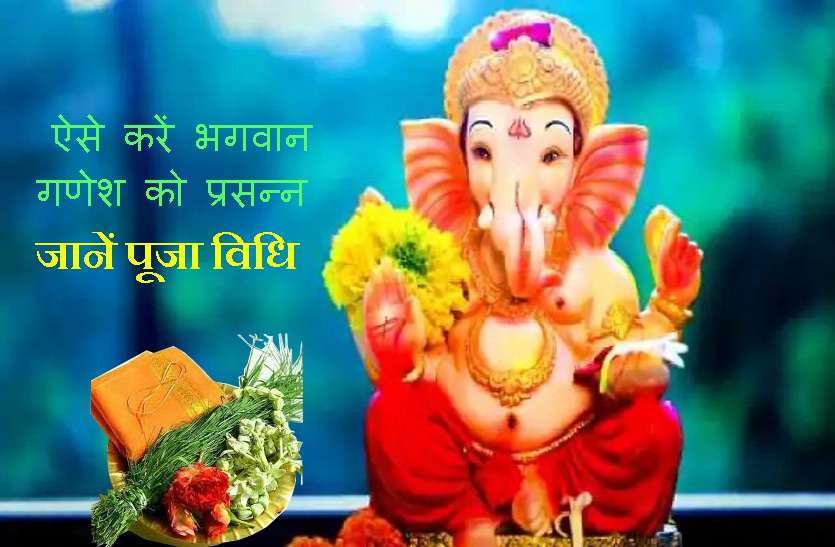 On this day, the person worships Ganapati to get rid of his sorrows. According to the Puranas, worshiping Gauri son Ganesh on Chaturthi is very fruitful. On this day, people keep fast from the time of sunrise to the time of moon rise. Ganesh is worshiped on Sankashti Chaturthi with full legal practice.

The Chaturthi of Krishna Paksha of Phalgun month is celebrated as Angaraka Chaturthi. This Chaturthi is dedicated to Lord Ganesha and Lord Ganesha, the destroyer of destruction, is worshiped and fasted on this day. It is believed that fasting of Angarki Chaturthi results in the Chaturthi fast throughout the year.

Sankashti Chaturthi: Keep these things in mind …
Sankashti Chaturthi fast is one of the most difficult fasts. It is believed that during this fast only fruits, roots, or part of plants should be consumed inside the ground, only then the full benefit of this fast is obtained. In this fast, a diet made of sago, khichdi, potato and peanuts can be taken.

This time on 2 March 2021, Sankashti Chaturthi is falling. Sankashti Chaturthi is considered a special day to worship Lord Ganesha. According to the scriptures, Chaturthi after the full moon that falls in the month of Magha is very auspicious. This day is celebrated with much fanfare in the northern and southern states of India.

Different names of Sankashti Chaturthi
In this festival dedicated to Lord Ganesha, devotees worship and fast to get rid of the difficulties and bad times of their lives. Sankashti Chaturthi is also known by many different names. In many places, it is called a crisis and sometimes there is a Sakat Chauth. If this festival falls on a Tuesday in a month, then it is called Angarki Chaturthi.

Angarki Chaturthi comes once in 6 months and by fasting on this day, the person gets the benefit of the entire Sankashti. People in South India celebrate this day with great enthusiasm and gaiety. It is said that by meditating on Lord Ganesha with true heart on this day, all the wishes of a person are fulfilled and the native gets special benefits.

Sankashti Chaturthi Pooja Vidhi
People who believe in Ganpati keep fast on this day and please them and wish for their desired fruit.

: On this day you wake up before sunrise in the morning.
: The fasting people should first take bath and wear clean and washed clothes. Wearing red clothes on this day is considered very auspicious and it is also said that fasting is successful by doing so.
: After bathing they begin the worship of Ganapati. While worshiping Ganapati, the native should keep his face towards east or north.
: First of all, you should decorate the idol of Ganapati well with flowers.

: In the worship, you keep water, sun, sandalwood, banana or coconut as prasad in the urn of sesame, jaggery, laddus, flower copper.
: Keep in mind that you should also keep the idol or idol of Goddess Durga with you at the time of worship. It is considered very auspicious to do so.
: Roll Ganpati, offer flowers and water.
: Offer sesame seeds and modak to Lord Ganpati on Sankashti.
: Burn incense and lamps in front of Ganapati and chant the following mantra.

: After worship, you should not eat anything except fruits, peanuts, kheer, milk or sago. Many people use rock salt on fasting days, but you should try to ignore rock salt.
: Before the moon comes out in the evening, you worship Ganapati and recite Sankashti Vrat Katha.
: Share the prasad after the puja is over. After observing the moon at night, the fast is opened and thus the fast of Sankashti Chaturthi is completed.

Importance of Sankashti Chaturthi
Worshiping Ganapati on Sankashti removes negative effects from the house and maintains peace. It is said that Ganesha removes all the disasters coming in the house and fulfills the wishes of the person. Chandra Darshan is also considered very auspicious on Chaturthi. This fast, which starts at sunrise, ends after lunar darshan. Sankashti Chaturthi has 13 fasts throughout the year. There is a different fast story for all the fasts.

Once Mata Parvati and Lord Shiva were sitting near the river, then suddenly Mata Parvati expressed her desire to play Chaupad. But the problem was that there was no third person other than those who would play the role of decider in the game.

Solving this problem, Shiva and Parvati together made an earthen idol and put life into it. Both of them ordered the child made of clay to watch the game well and decide who won and who lost. The game started in which Mata Parvati was victorious by repeatedly beating Lord Shiva.

The game continued but once the boy accidentally declared Mata Parvati a loser. This mistake of the boy made Mata Parvati very angry due to which she got angry and cursed the child and he became lame. The child apologized very much to his mother for his mistake and asked her to forgive him.

Seeing the repeated request of the child, the mother said that now the curse cannot be returned but she can tell a solution by which she will be able to get rid of the curse. Mother said that some girls come to this place to worship on Sankashti, you ask them the method of fasting and do that fast with true heart.

Knowing the method of fasting, the child performed it devoutly and according to the law. Lord Ganesha was pleased with his true worship and asked his wish. The child expressed his desire to go to Mata Parvati and Lord Shiva.

Ganesha fulfills the demand of the child and gives him Shivlok, but when he arrives, he only gets Lord Shiva there. Mother Parvati is angry with Lord Shiva and leaves Kailash. When Shiva asked the child how you came here, he told him that he had received this boon by worshiping Ganesha. After knowing this, Lord Shiva also performed that fast to celebrate Parvati, after which Mata Parvati returns to Kailash after being pleased with Lord Shiva.