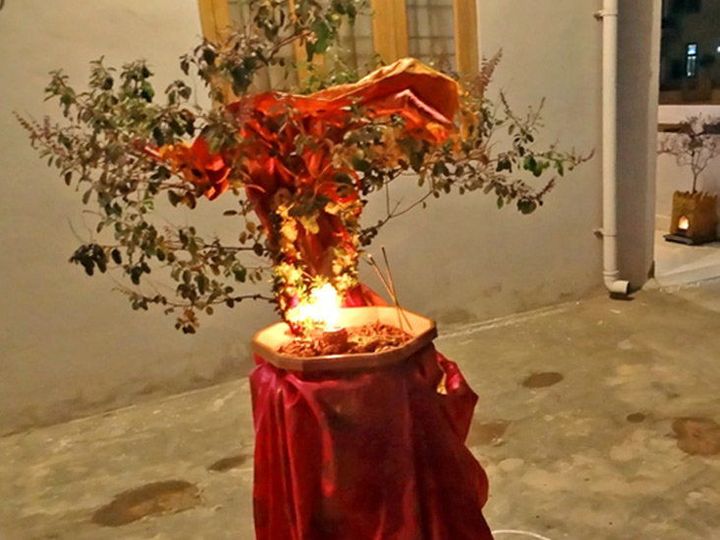 On Wednesday, 25 November, it is Ekadashi of Shukla Paksha of Kartik month. It is called Devauthani Ekadashi. On this date Lord Vishnu wakes up from the bed and all kinds of Manglik Karmas begin. This year a rare yoga of Guru and Shani is being formed on Devauthani Ekadashi.

According to Pt. Manish Sharma, Jyotishacharya of Ujjain, Saturn-Guru will remain in Capricorn on Devuthani Ekadashi. Capricorn is the sign of Saturn. Such yoga was formed on 18 November 1961, 59 years before 2020. This time this Ekadashi is being made in Uttarabhadrapada Nakshatra, it will be pleasing for 8 months from Wednesday. Chaturmas will also end on 26 November the next day.

This year, Chaturmas was not four but five months because of excess. Lord Vishnu wakes up on Devprabodhini Ekadashi. On this date, all kinds of auspicious actions begin again. Till now the auspicious work of idols’ life, start of building, marriage etc. were forbidden, but from 25th, all these works can be done again.

Date of marriage of Tulsi and Shaligram

Lord Shaligram is married to Tulsi on Devauthani Ekadashi. There is a tradition of planting Tulsi in the house-courtyard and every year on the Devuthani Ekadashi, this plant is married on Shaligram. One should fast on this date. Should perform Bhajans, Kirtans of God.