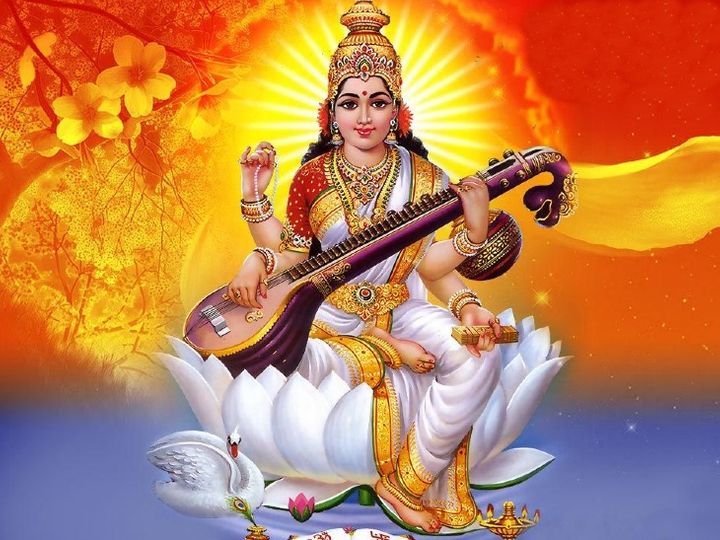 Vasant Panchami festival is celebrated on the fifth date of Shuklapaksha of Magh month. It is also called Shri Panchami. According to the Brahmavaivarta Purana, the Goddess Saraswati was revealed on this day. That is why they are worshiped. This festival is also celebrated as Vagishwari Jayanti. Vagishwari is also the name of Goddess Saraswati. This time, Ahurnish Yoga is being formed on the 16th of February, Tuesday, on the full day and night of Panchami Tithi. In such a situation it would be auspicious to worship Goddess Saraswati and start new works.

Vasant Panchami composed of Vasant raga
Changes in weather begin from Panchami Tithi of Shukla Paksha of Magha month and nature starts moving towards spring season. Vasant Raga songs started from this day in the joy of spring. Singing or listening to this raga in classical music brings excitement, joy and joy. Due to which the mind remains calm and memory also increases. Classical music singer Dr. Richa Verma says that it is called Vasant Panchami only after the beginning of singing of Vasant Raga from the Panchami date of Magha Shukla Paksha. This is one such raga which is started before the coming of season, the other ragas are sung only after the beginning of the seasons.

According to some music texts, Vasant Raga is derived from the fifth face of Panchavaktra Shiva i.e. Panchamukhi Shiva. Which can be sung from Sri Panchami i.e. Vasant Panchami (February-March) to Harishayani Ekadashi (June-July). But the music Damodar Granth says that it should be sung only in the spring.

Saraswati Exhibition
Dr. Mishra says that on the first date of Shukla Paksha of Chaitra month, Brahma created the universe. He was very happy with this. But, in a few days he felt that the creatures of the world are living in a dull manner. There is no gaiety, enthusiasm or consciousness among them. Then he sprinkled a little water from his kamandal on the ground. Saraswati appeared wearing white clothes from that holy water, with a veena in her hand. With them, the first step of knowledge and knowledge took place on earth. It was the day of Vasant Panchami. Therefore, it is called the day of revelation of the Goddess of Knowledge. After this Goddess Saraswati filled consciousness in this world.