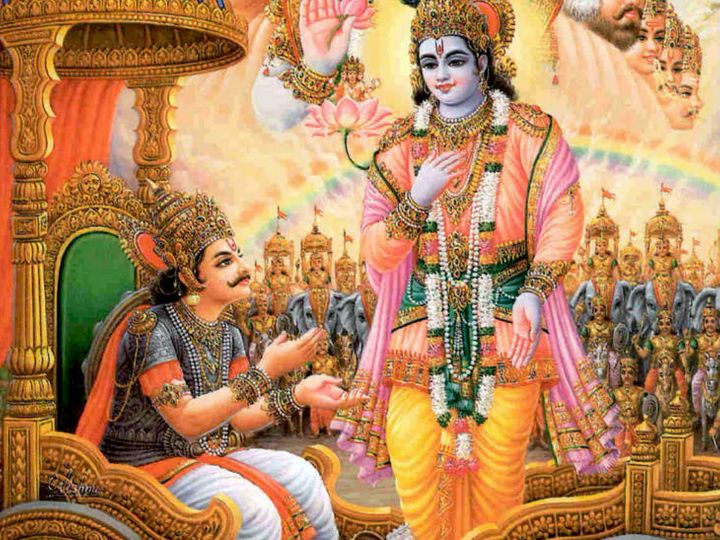 Geeta Jayanti is celebrated every year on the Ekadashi of Shukla Paksha of Margashirsha month. This time it is coming on 25 December. On this day, this festival is celebrated by worshiping Mahagranth i.e.Gita, Lord Shri Krishna and Ved Vyasji. The birthday of any scripture of any religious sect is not celebrated in the world. Jayanti is celebrated only if the Shrimad Bhagwat Gita. Because other texts are believed to have been written or compiled by humans, while the Gita is born from the mouth of Sri Bhagavan himself. It is told in the Puranas that on this day, in the field of Kurukshetra, Shri Krishna gave the teachings of Gita to Arjuna. The compilation of which was given the form of Srimad Bhagwat Gita.

Geeta’s messages are for everyone
The Gita, the essence of the Vedas and the Upanishads, is a wonderful treatise in both this world and the hereafter, showing the auspicious path, teaching karma, jnana and bhakti – the means to man’s ultimate credit by the three paths. Its eighteen chapters are filled with so much truth, so much knowledge, so many serious sattvic teachings, that have the power to lift a person from a low to low position and place it in the place of the gods. What is man’s duty? The goal of the Gita is to understand this. The Gita is omniscient. Shri Krishna has preached not for any particular religion, but only for human beings.

Geeta be the same in all circumstances
The Gita teaches all of us the art of living properly, teaches us how to live life. It can be understood well only by the example of this one verse
In times of happiness and sorrow, you should reap the benefits.
Tato yuddhay yujyasva naiv papamvapsyasi.

meaning – After considering everyone equal, defeat, profit and loss and happiness and sorrow, one should fight again. Warring in this way does not result in sin. In this verse of Gita, man has been asked to behave equally in all situations of life. Then, whether it is good or bad, a person should not change his behavior. Whoever keeps this kind of behavior, such a person will never be disturbed.