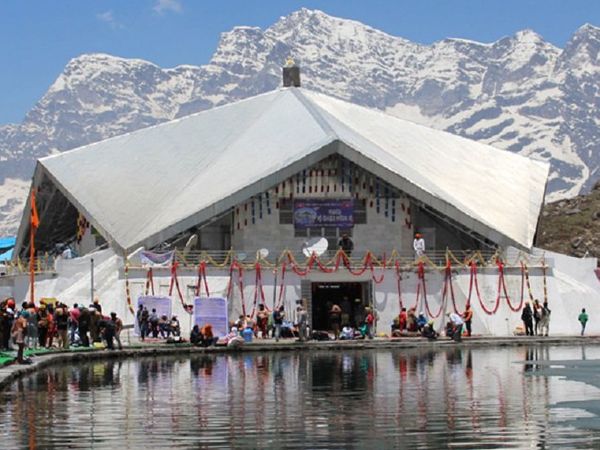 From May 10 this year, devotees will be able to visit Hemkund Sahib. This sacred site of Sikhism is located in Chamoli district. This place is at an altitude of about 15 thousand feet and is surrounded by seven big mountains. The climate here is quite cold. There is snowfall from time to time here. Therefore, this place remains closed for devotees for about eight months in a year.

There is also a big pond near Hemkund Sahib. It is believed that Guru Gobind Singh, the tenth Sikh Guru in Hemkund Sahib, had done a rigorous penance for nearly 20 years. The place where Guruji meditated, this Gurudwara is located there. Along with the gurudwara, there is also a holy lake, which is called Hem Sarovar. Sikh devotees also bathe in this holy lake before bowing their heads in the gurudwara. There is also a temple of Lord Lakshmana nearby. It is said that Gurugobind Singh also worshiped in this temple.

This place had religious significance even before Guru Gobind Singhji came here. This place was earlier called Lokpal. Hemkund Sahib also has Saptarishi Peaks. Here the mark of the Khalsa Panth is marked by the flag Sahib.

These are the beliefs related to the temple

It is believed that the previous incarnation of Shri Ram’s brother Lakshmana was Sheshnag. Sheshnag used to do penance in Lokpal lake and Lord Vishnu rested on his back.

How long can Hemkund Sahib come from