Lord Shankar resides here for 5000 years as a wonderful Shivling

hindu dharmbhagwan During the excavation, the archeology department received many precious things from here …

Lord Shankar, the husband of Sati and Parvati, is also called Shiva because of Sadasiva. Lord Shiva also has a place in the main Adi Panch Devas of Santan religion. At the same time, he is also considered as Devadhidev Mahadev. Along with this, the worship of Lord Triloki Nath Shiv Shankar, the lord of all the three worlds, is performed with great pomp everywhere. Every year, in the month of Sawan, naïve devotees worship Mahadev with special worship.

At the same time, there are many such unique and unique temples of Lord Shankar in the country and the world, where Lord Shankar exists in various forms. One of these temples is also present in the Narmada district of Gujarat, where the Shivling present is not 1 or 2 but 5000 years old.

1. There is a huge crowd here in the month of Sawan, mainly for the darshan of this wonderful Shivling of Lord Shiva. The same Shiva lingam 5000 years old has immense reverence for Shiva devotees. 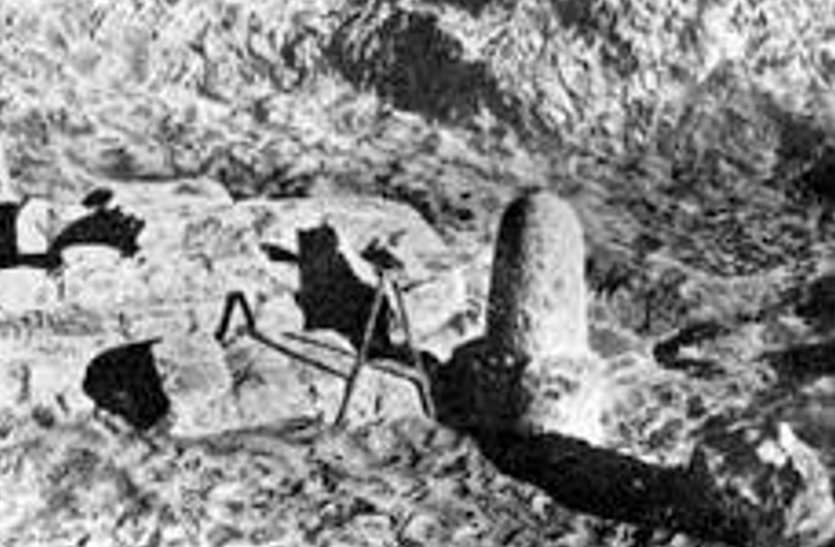 2. The existence of this temple is said to be about 5000 years old from today, where every Monday people come to worship Lord Shankar.

3. This wonderful Shiva lingam of Lord Shiva is located in Kokum village of Dadipada taluka in Narmada district of Gujarat state. It is an ancient place based on the scriptures.

4. It is said that it was excavated here in the year 1940 by the Department of Archeology. During this archeological excavation, the world saw this 5000 year old Shivling.

6. This temple, recorded in the books of Puranas for thousands of years, is mentioned in the name of Jaleshwar Mahadev Temple. Shiva devotees have deep faith in this Jaleshwar Mahadev temple, every year, devotees reach a large number of devotees and earn a virtuous benefit by receiving amazing darshan of Lord Shiva.

7. On Monday, the holy day of Lord Shiva, there is a wave of Shiva devotees in this temple. On the special occasions of Sawan and Mahashivratri, special worship is organized in the temple.