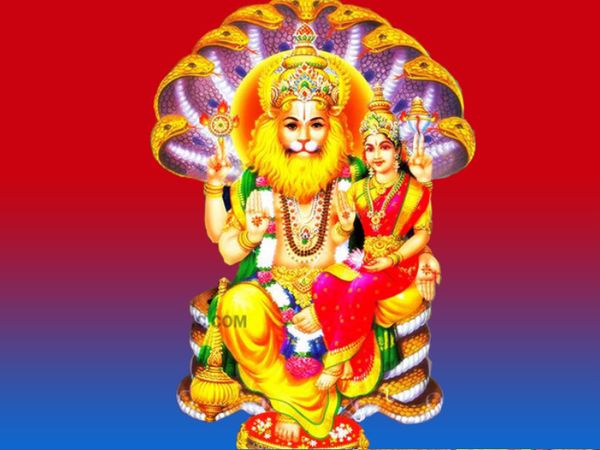 Dwadashi date of Shukla Paksha of Falgun month is celebrated as Narsingh Dwadashi. On this day, Narasimha avatar of Lord Vishnu is worshiped. Lord Narsingh is worshiped 3 days before Holika Dahan to protect the devotee Prahlad. This festival is today. As Ekadashi and Dwadashi date are on the same day, Lord Narasimha will be worshiped and fasted on Thursday, March 25, today.

Importance of Narsingh Dwadashi
According to the scriptures, Narsingh Dwadashi is celebrated on the Dwadashi of Shukla Paksha of Falgun month. It is also mentioned in the Puranas. Lord Vishnu slaughtered King Hiranyakaship of the demons by taking Narasimha avatar in the body of half human and half lion. The festival is considered to have started from the same day. This form of Lord Vishnu also gave a boon to Prahlada that, whoever remembers Lord Narasimha on this day, will fast and worship him with reverence, his wishes will be fulfilled. Along with this, his diseases, bereavement and defects will also end.

Method of worship
A fast or fast is kept on Narsimha Dwadashi and the Narsimha form of Lord Vishnu is worshiped.
Get up and take a bath before sunrise on Narsingh Jayanti.
After that, wear clean clothes and worship Lord Narsingh with the law.
In the worship of Lord Narsingh, worship sandalwood, Akshat, Abir, Gulal, fruit, flowers, incense, lamp, incense sticks, panchmeva, kumkum, saffron, coconut.
Offer a yellow cloth to Lord Narsingh.
Say these mantras while worshiping Lord Narasimha