Here is the abode of many Hindu deities …

As such, there are many temples of Gods and Goddesses in the country. But despite this, Uttarakhand, which is situated in the lap of the Himalayas, has the status of Dev Bhoomi, the reason for this is that it is inhabited by many Hindu deities.

Due to this, there is a movement of devotees with tourists here throughout the year. Surrounded by breathtaking natural attractions, dense forests and snowy mountains, Uttarakhand represents India across the globe. Naturally, culturally and religiously, this state matters a lot.

In such a situation, today we are going to tell you about the most famous Shiva temples of this hill state, which are said to be related to the mythological period, where devotees from far and wide arrive every day. Even domestic and foreign tourists get the privilege of coming here.

1. Kedarnath:
Kedarnath is also considered to be the awakened Mahadev, many such incidents have happened here, due to which the presence of Lord Shiva is considered here.

In fact, the Kedarnath Temple, situated amidst the snowy hills of the Himalayas, is counted among the most famous temples of Lord Shiva, where devotees from not only the country but from all over the world visit.

This temple is also included in the 12 most Jyotirlingas of Bholenath. Apart from this, this magnificent temple of Lord Shiva is also counted in the famous Char Dham Yatra of India.

The temple is located in the Rudraprayag district of the state. Explain that the temple gates are closed during winters, but between April and November, one can know the sight of Baba Kedarnath.

MUST READ : The only Shiva temple in the world called Jagrit Mahadev – know why? 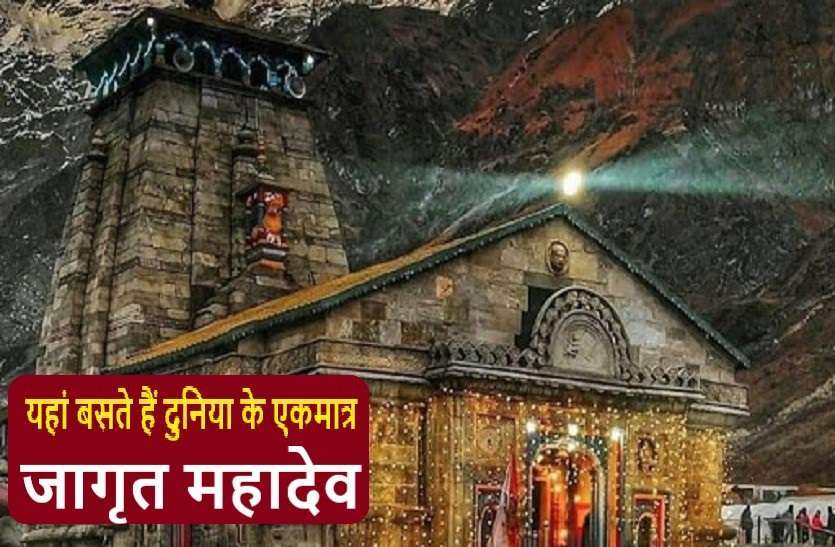 2. Jageshwar Mahadev
Jageshwar Dham, located near Almora in Uttarakhand, is one of the 12 Jyotirlingas of Lord Sadasiva. It is said that this is the first temple where the tradition of Shiv Pujan in the form of Linga first started. Jageshwar is also called the fifth dham of Uttarakhand.

MUST READ : Shiva’s Dham- Chanting here avoids the crisis of death – this is the 5th Dham of Hindus 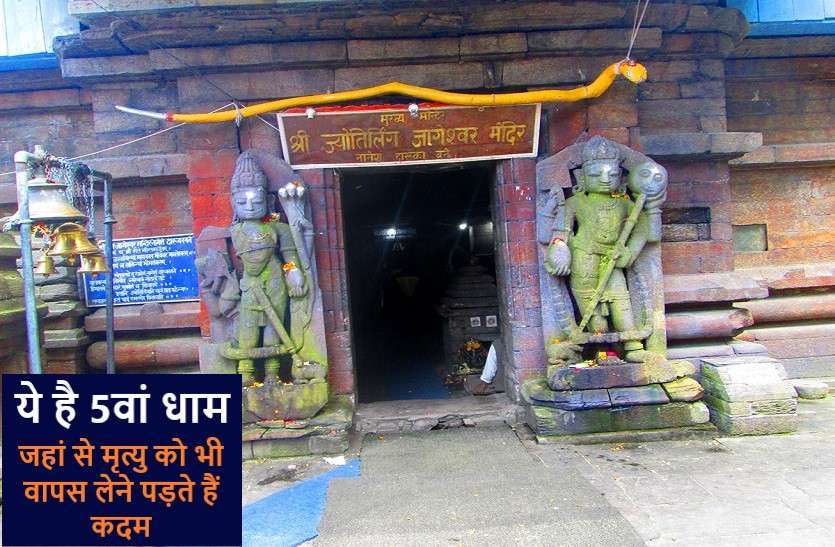 Jageshwar Dham is considered to be the penance of Lord Shiva. This Jyotirlinga is considered the eighth Jyotirlinga. It is also known as Yogeshwar. This temple is believed to witness the commencement of Shivalinga Puja.

MUST READ : This historic and oldest temple is a witness to the beginning of Shivlinga worship in the world. 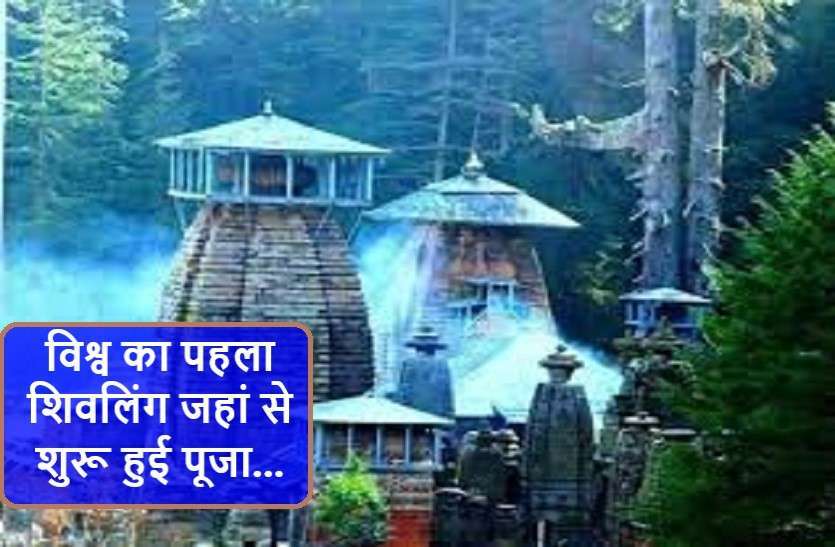 3. Tungnath Temple, Rudraprayag
The Tungnath Temple is the tallest Shiva temple in the world, which is located in the Gadwal Himalaya under Rudraprayag district. It is an ancient temple which is one of the Kedar temples of Panch.

According to mythological evidence, this temple was built by the Pandavas to please Lord Shiva, as Lord Shiva was greatly hurt by the massacre of Mahabharata. This temple is located at a distance of 6 km from Chopta.

You can come here for spiritual and religious experience. The architecture of the temple greatly affects the devotees as well as tourists visiting here. 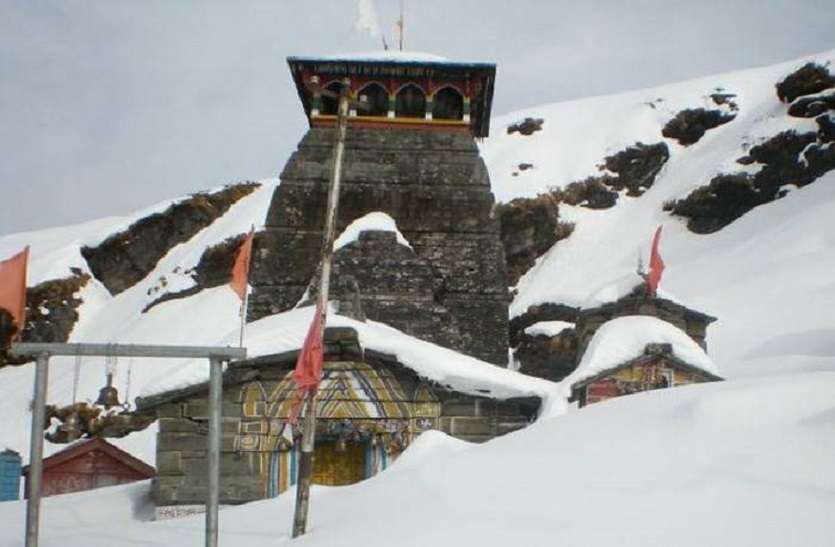 4. Rudranath Temple, Garhwal
In the ancient temples of Lord Shiva located in Uttarakhand, you can visit Rudranath Temple in Chamoli district of Garhwal. This temple is a natural rock cut temple covered in Panch Kedar.

This temple is situated at an elevation of about 2220 meters above sea level. The face of Bholenath is worshiped here, and the whole body is worshiped at the Pashupatinath temple in Nepal.

Nanda Devi and Trishul peaks make this temple special. To reach here you have to come to Gopeshwar first. Apart from this, the spiritual environment here affects the devotees to a great extent.

MUST READ : Secret of Panch Kedar – Only Lord Bholenath’s face is worshiped in this temple of the country. 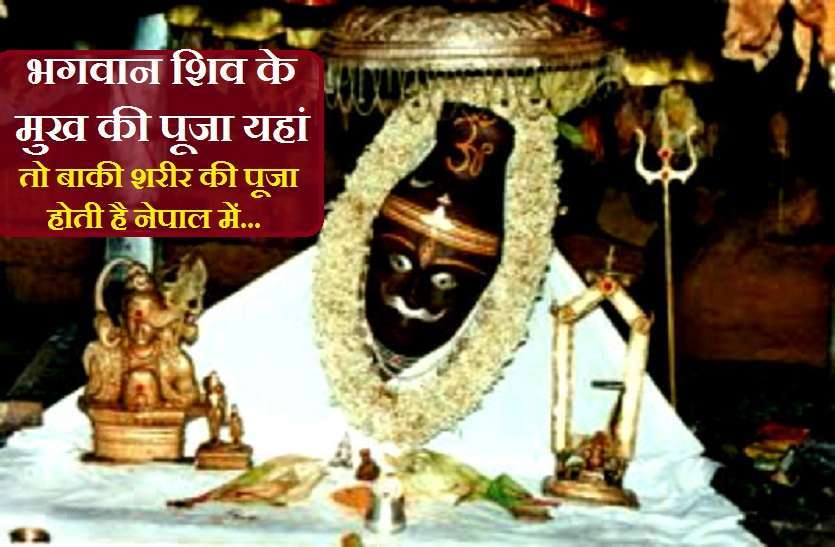 5. Baijnath Temple, Baijnath
You can see the Baijnath Temple in the famous temples of Lord Shiva. It is an ancient temple situated on the banks of the Gomti River. According to the information, this temple was built in 1204 AD by two merchants named Ahuka and Manuka.

MUST READ : These special temples of Lord Shiva originated from the same incident, know which these pagoda 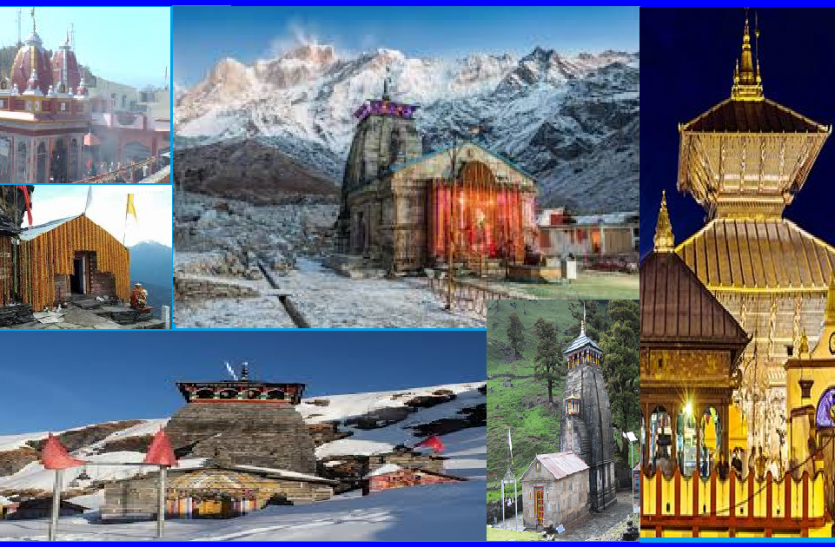 6. Baleshwar Temple Champawat
Apart from the above mentioned temples, you can also visit the Baleshwar Temple at Champawat. It is an ancient temple, which is counted among the famous Shiva temples of the state. The architecture and carvings of the temple are evidence of its antiquity.

There are two other temples in the temple complex, one of Ratneshwar and the other of Champawati Durga. There are many Shivling here. This temple is the main center of the faith of Hindu devotees, so there is a good gathering of devotees here.